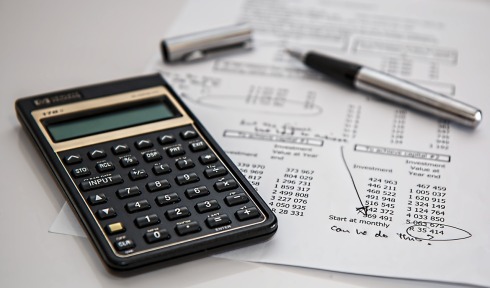 I’m an Analyst. I’ve been working as an analyst for just under two years. I like it, I do, but my dream would always be to lead worship as often as I can and record albums with the music I write. I think we all have dreams that at times seem so far out of reach, but I’ll never give up hope!

OK, that was a bit of a rabbit trail, but I’ll try to get back on my original path. I’ve been doing a Lost Sales Analysis for a couple of my accounts. I have to be professional while letting my customers know that they lost money because they ignored my pleas to keep their replenishment numbers up. How can that not be fun? It’s like getting paid to say, “I told you so!” It’s all about the potential of what could have been.

Right away the Lord asked me about Lost Souls. Am I doing an analysis about all those times I have felt like I was supposed to talk to somebody about God and didn’t feel I had enough time, or just plainly didn’t want to do it? I’ll be honest, talking to strangers is a little like stabbing myself with a tiny knife. It’s truly torture to me, but I have to remember that these are people that God loves and gave His life for. My husband is prophetic and is a recognized Prophet of the Church. I’m in such awe of his willingness to go to a complete stranger in the grocery store and share something with them that God showed him. I’ve seen people cry and exclaim, “I so needed that!” Sometimes people just quietly say thank you and move on, but this doesn’t deter him. He doesn’t know how people are going to react, yet he still obeys the voice of God. He is more extroverted than I am, but that doesn’t change the fact that the potential is still there for people to get angry or straight out slap him for invading their space. He still obeys.

What is stopping me from taking 3 seconds of my time to look someone in the eye and remind them that God sees them; God loves them; and that He wants a relationship with them. I talked about how we can be seed planters a couple of weeks ago on a blog, and this goes along with that. We don’t have to pull out a traveling pulpit and preach at somebody for 20 minutes. We share the Love of God and that Love is what is planted inside their heart.

I want to challenge you today, and myself too, to tell a stranger that God loves them. You don’t know what people are going through. They could be going through the battle of their life and that glimpse of God’s love for them is all they need to fight harder. They may be an unbeliever and this moment of you stepping out is all it takes for a salvation to happen.